Art, history and the Divine; The Eternal City offers an unforgettable cultural experience

Nestled in the centre of Italy lies its legendary capital, Rome. Its cobblestoned streets stretched into southern Italy before flowing through the Mediterranean, spreading Roman military power, rule of law and social order.

Virgil’s Aeneid recalls that Aeneas, a Trojan hero, fled his burning city and landed in Italy. Born of a noble vestal virgin and the god Mars, Aeneas’ eventual descendants Romulus and Remus went on to found Rome. The twins were raised by a she-wolf in a cave called the Lupercal on Palatine Hill. Don’t miss this frequently overlooked connection to Rome’s ancient past. At the top of the Palatine, pay your respects to the slain prince Remus and take in the spectacular view over the Roman Forum.

The Forum served as the centre of civic activity, where citizens of the empire came to trade, worship and seek justice. Pass through the Arco di Settimio Severo, an ornate celebration of victory against the Parthians. To your left stands the austere Curia Julia, a replica of the Roman Senate’s seat of power. Directly in front of the Curia is Romulus’ ostensive resting place, marked by the mysterious Lapis Niger. Double back and follow Via Sacra to the fifth century BCE Tempio di Saturno, a temple which served the curious dual purpose as state treasury and place of worship for the Roman god of agriculture. Today all that remains are eight towering columns framing the entrance to the temple.

Just east of the Forum lies Italy’s greatest treasure: the Colosseum. Dating back to the first century, it was built over the remains of Nero’s palace as an offering to the citizens who had suffered under his rule. It’s only from the arena floor that you can appreciate the enormous scale of the structure. Gaze up at the tiered stands which stratified citizens based on their position in society. Those least fortunate wound up in the Hypogeum; a labyrinth of subterranean tunnels used to hold gladiators and exotic animals. A network of trapdoors would release the combatants into the arena, and amidst the roar of sixty thousand spectators, gladiators were torn apart or found mercy in the whims of the crowd.

The Pantheon is located in the city’s north-west near Piazza Navona. This engineering marvel was designed by the Greek architect Apollodorus in the second century. Huge, ornate columns are capped by a triangular pediment, resembling the Parthenon in Athens. Beyond the facade, the Pantheon’s domed roof forms a perfect sphere and its symmetry represents the heavenly plane of the Roman gods. At its centre, the dome is pierced by an oculus, latin for ‘eye’, connecting worshippers in the temple to the gods above. In addition to the breathtaking architecture, the Pantheon houses the remains of the artist Raphael and the Italian King Vittorio Emanuele II, who played a pivotal role in the unification of Italy.

Save your exploration of the Vatican City for another day and find a moment of quietude in the lush parklands of Villa Borghese. Finish your evening with a gelato besides the Trevi fountain, and don’t forget to toss in a few coins to guarantee your return to Rome. 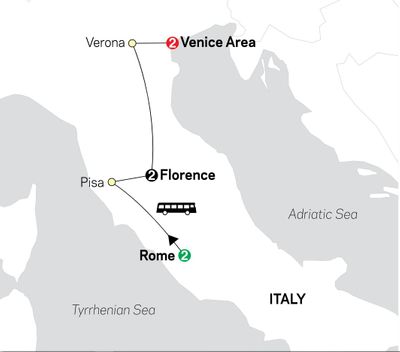 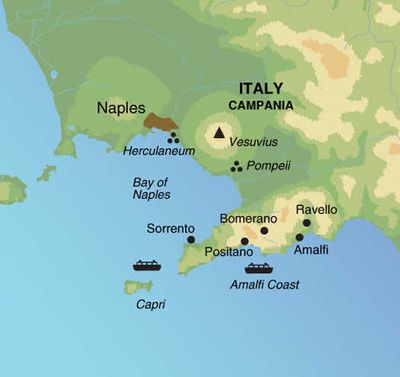 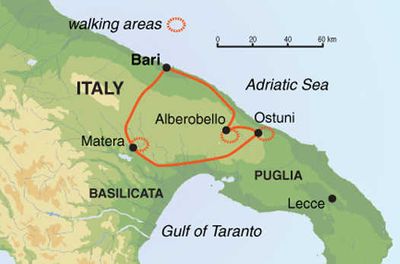 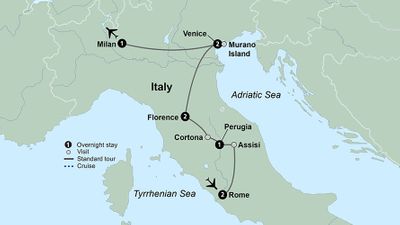 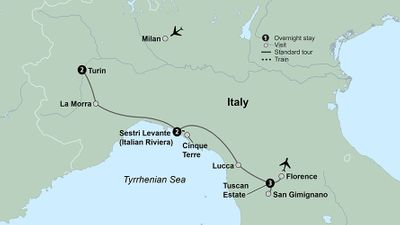 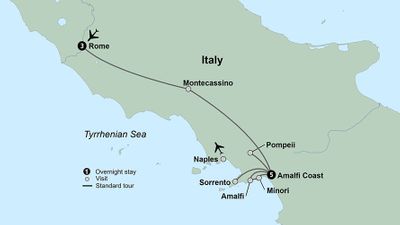