A magnificent, pristine wilderness absolutely teeming with history – this is one of the oldest landscapes in the world

Sprawling over the north-west corner of Australia, this enormous, beautifully rugged region is as spectacular as it is remote. Think majestic waterfalls, ancient rock formations, deep sandstone gorges, vast open plains, bright starry night skies, cave systems and thousands of islands off the dazzling coastline begging to be explored.

The region’s sheer size makes exploring a challenge. A cruise along the Kimberley coastline is a firm fixture on most bucket lists for good reason, and a combination of scenic flights and 4WD adventures should enable a good look at the many wonders dotted around the Kimberley – an area three times the size of England.

This is heaven for 4WD lovers. The Gibb River Road is a glorious 660km-long stretch that has plenty of camping options along the way. Highlights of the route include Manning Gorge, Tunnel Creek (a 750-metre tunnel that a creek has worn through the Napier Range) and El Questro Wilderness Park, which boasts nearly one million acres of untamed beauty.

The booming resort town of Broome has retained its friendly, laid back charm. Cygnet Bay Pearl Farm is Australia’s oldest operating pearl farm and worth a visit to discover the rich pearling history that put Broome on the map. At low tide pay a visit to Gantheaume Point, to see fossil footprints where dinosaurs once roamed over 130 million years ago.

Roebuck Bay (with its distinctive red sand beach) is home to the only population of snubfin dolphins in the world. And of course, a sunset camel ride along famous Cable Beach is a must-do.

Each month between March and November, experience the natural phenomenon dubbed Staircase to the Moon and see a staircase dappled across the exposed tidal flats of Roebuck Bay as the moon rises. This otherworldly sight can be viewed from Town Beach and the new Roebuck Bay Lookout.

Both estuarine (saltwater) and freshwater crocodiles are prolific through the region. Spot ‘freshies’ at Windjana Gorge, where loads of crocs can be found sunning themselves on the banks of the river.

Lake Argyle, one of the biggest manmade lakes in the southern hemisphere (it’s actually classified as an inland sea) is home to more than 25,000 freshwater crocs. The birdwatching opportunities here are also incredible.

The Buccaneer Archipelago is home to more than 1,000 tiny islands over two billion years old. Here, in Talbot Bay, Horizontal Falls is home to one of the world’s largest tidal changes. See it from the water – cruise through the twin gaps – or the air, with a scenic flight (from Broome) over this natural wonder.

The 100-metre King George Falls are another sight to behold, the highest twin falls in Western Australia. Again, the only way to get to this remote beauty is by cruise or a scenic flight over the north Kimberley coast. The four-tiered Mitchell Falls are a Kimberley icon; keen hikers can walk across the top of the falls to the other side, an 8.6km return journey.

Among the many spectacular national parks in the Kimberley, Purnululu National Park is a UNESCO World Heritage Site, particularly for the geographical significance of the beehive-shaped Bungle Bungle Range formed over 350 million years ago. Despite being a significant place to the Gija traditional owners for tens of thousands of years, the Bungle Bungles have only been known to the world – and the broader Australian community – since the early 1980s thanks to a documentary. A scenic flight is the best way to see these striking sandstone domes.

For the perfect way to wash the dust off, Karijini National Park (the second-largest in the state) is home to many swimming holes like Fortescue Falls and the heart-shaped pool at Hamersley Gorge. At El Questro, soak in the mineral rich thermal springs at Zebedee Springs or take the Emma Gorge trail, leading to a large waterhole beneath the waterfall.

The best time to visit is dry season (April to October), for clear skies, balmy days and some chilly nights. The Kimberley’s waterfalls are especially stunning at the start of the season. 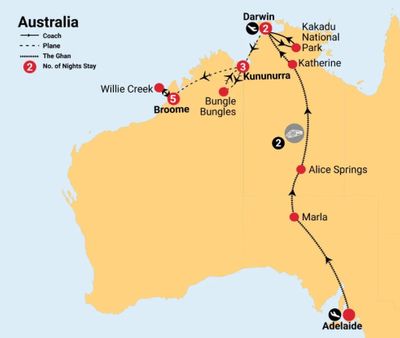 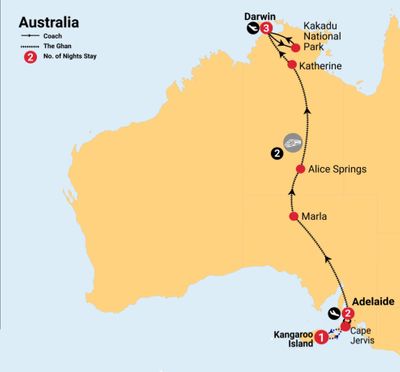 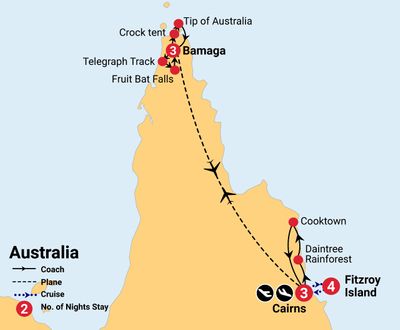