Known as the Second City of the Empire during the height of Britain’s industrial revolution, Glasgow was built on the shipbuilding industry but that soon expanded to the railways too. At its peak, a quarter of all locomotive trains in the world were built here.

Don’t forget Scotland was the centre of industrial discovery with scientists such as Alexander Graham Bell, Alexander Flemming and John Logie Baird among the many inventors who created such life-changing inventions as the steam engine, television, the telephone and penicillin.

During the industrial era, Glasgow grew in both size and wealth. Grand buildings were built in the city’s West End as factories boomed in its East End. Like many European cities, the wealthy lived in the west of the city as the prevailing winds blew smog and smoke from factories from west to east and the rich wanted to ensure their homes would not suffer from air pollution.

The great Victorian architecture, made of local yellow and red sandstone, still dominates central Glasgow with buildings including Royal Exchange Square, the Mitchell Library, and the Glasgow City Chambers all uniquely Glaswegian styles of Victorian architecture. Much of this is thanks to Charles Rennie Mackintosh. The Glasgow-born artist and architect was one of the most prolific and influential architects of the era and a look inside any of these buildings such as the Lighthouse showcase his genius. Sadly the Glasgow School of Art that he designed was fire damaged in 2014 and again in 2018 just as it was preparing to reopen.

Post-war Britain saw Glasgow enter into a period of de-industrialisation. Old buildings were demolished and replaced with tower blocks, which bred crime and violence. The East End of Glasgow became notorious as one of the crime hotspots of Europe and a no-go zone for outsiders for much of the 1970s and 1980s. But all this changed after the city won the title of City Of Culture in 1990 and the city started to regenerate.

Today on the banks of the River Clyde, futuristic buildings have replaced cranes and steamboats. The Glasgow Science Centre and planetarium, the Zaha Hadid-designed Riverside Museum or the SSE Hydro Arena and SEC Armadillo all showcase a brighter, modern side of new Glasgow.

The East End of Glasgow has retained its working-class roots, with knock-offs and various odds and ends being sold at the Barras market. It is in the East End that Glasgow Cathedral sits. Timeless and imposing the vast medieval building dates all the way back to the 15th century making its Gothic style unique among its Scottish contemporaries, and its necropolis a must-see.

No trip to any Scottish city would be complete without a stiffener and Glasgow’s pub culture is up there among the best. The candlelit Old Toll Bar that retains the original highly polished wooden interior from its 1892 refit is the perfect place to meet some locals. Oh and don’t worry too much if you struggle to understand the locals. The Glaswegian accent is amongst the hardest to understand but we’re told a few drams of the local whisky certainly helps. 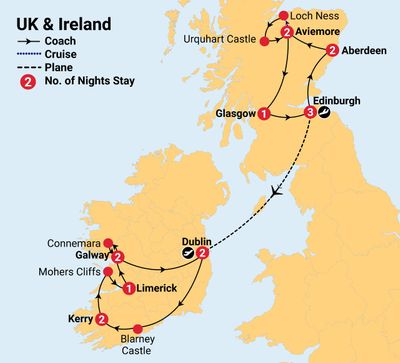 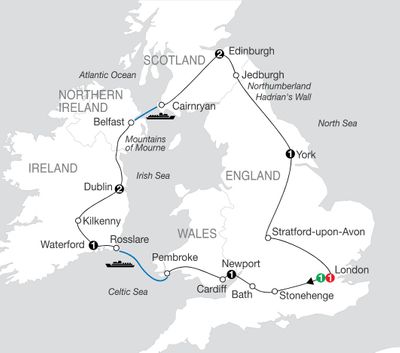 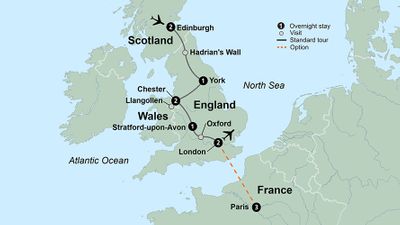 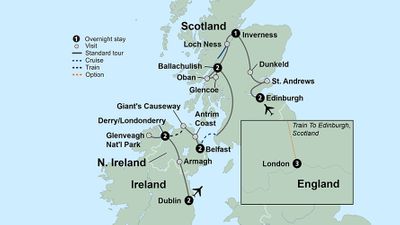 Destinations Liverpool, Bath, Cornwall, London, Edinburgh View Tour Details
LOAD MORE Use the search bar at the top to SEARCH for your preferred destinations
Processing...
You appear to be from